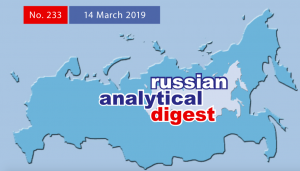 Drawing on their Soviet heritage, many among the rst generation of rich Russians explain their success as a result of biology. However, exposure to international norms is teaching newer generations of the wealthy to provide more sophisticated explanations to justify their worthiness.

“In the rst place it’s talent, intelligence, willpower and hard work,” was the most frequent reply I got from my wealthy Russian respondents—multimillionaires and billionaires—to the question of what explained their success. Yekaterina, one billionaire’s wife, became outright impatient with me when I asked her what qualities and skills she thought her parents had passed on to her. “Listen, Elisabeth, I got genes from my parents,” she replied. “Of course, these genes allowed me to develop myself and all the qualities that led to success.”

My puzzled looks must have prompted her to explain further: “I don’t have any noble roots. My parents are relatively simple people. All they achieved, they achieved because of their own capabilities.” Yekaterina’s father was one of ten children born into a peasant family deep in rural Russia. Despite this modest background, he became a professor and “a great scientist.” Right after the war, Yekaterina’s mother moved from Ukraine to Moscow to study: “She made it into university on her own e orts.” After graduating, she went into science research where she stayed all her professional life. “You can see, they hadn’t had their paths laid out for them,” Yekaterina said proudly. To her the secret of her parents’ success is no mystery at all: “ ey possessed natural and biological resources which they managed to make the most of. ey had a thirst for education, culture and a certain lifestyle, both of them. And I inherited it. at’s actually really wonderful.”

Otherwise, Yekaterina stuck to all the rules of modesty a descendant from a Soviet intelligentsia family is supposed to demonstrate. It took for her husband Gennady to join us to learn that she had graduated with a Red Diploma “from a very prestigious university,” in physics, “were only about two females for a hundred male students,” he added proudly.

One of the couple’s children is exceptionally gifted. “Our son is much better than I am,” Gennady said both with modesty and pride. One can assume that growing up in the most privileged setting was rather useful to the son to have his talents not go unnoticed. Blind to those circumstances, Gennady—a self-declared atheist, in whose family everybody had been a Communist Party member—explained his offspring’s outstanding talent by two reasons: “This is thanks to God and thanks to genes.”

A Common Point of View

From the perspective of many of the 80 multi-millionaires and billionaires I interviewed for my book Rich Russians: From Oligarchs to Bourgeoisie, attributing their fortunes to what they consider good genes and biological superiority totally makes sense: what is supposedly grounded in nature is difficult to argue against. Although such ways of “naturalizing” the social and the historical have a particularly strong tradition in Russia, elsewhere in the world the great and the good also see their fortunes and status grounded in supreme biology and character. According to several studies by the US social psychologists Kraus and Keltner, many of those born into and raised in the greatest privilege are convinced that their success is down to their talents and hard work.

Most of them have, however, long learned to hold back such views in public. Western attitudes towards a biological reading of the world — and the social norms dictating what one is allowed to say about such things in public — were largely transformed in the aftermath of World War II. Critical thought, especially feminist thinking, demonstrated that repressive hierarchies, which some perceive as natural and biological, were in fact simply man-made and imposed by social norms, rather than given by nature and biology. This insight radically reformed Western thinking.

Meanwhile, in the post-war Soviet Union, conservative-biological interpretations of history and human behavior rose to the fore. An intellectual development so opposed to the one in the West was determined by two major specifics: First, Soviet policies prioritized natural science at the expense of developing the social sciences, which at least by idea are meant to foster critical inquiry. Second, genetics as a discipline had been banned for a good number of years under Stalin, so that after his death it became an attractive alternative for people who had become disillusioned with Soviet ideology.

As a result, politically conservative views came to merge with biological interpretations of history and human behavior, paradoxically especially among the most educated layers of society, the Soviet intelligentsia. The historian of science Loren Graham observed in the early 1980s that “naturist” viewpoints enjoyed uneven but surprising support across a wide spectrum of educated groups, among them academic geneticists, literary avantgardists, dissidents, anti-Marxists, ethnic specialists, conservative nationalists, and police administrators.

This was despite the fact that Marx saw consciousness determined by being, something in which early Soviet leaders gleaned great potential for transforming society and creating the new Soviet man. Instead, Soviet traditionalist ideology by the 1960s and 1970s had long convinced even the intellectual avantgarde that everyone and everything should assume a place allocated to it by “nature.” This included views on family, gender roles and motherhood.

That a large part of today’s Russian rich were raised in this spirit goes a long way in explaining why so many of them adopted a biologically-driven perception of the world and their own position in society. Such views of the world were reinforced by the cut-throat years in the 1990s. Soviet propaganda had it that in capitalism the gains made by the few (the “capitalist sharks”) inevitably lead to the suffering of many. This rationale symbiotically coexisted with the post-Soviet liberal-economic spirit into which many people were socialized during Perestroika and the early 1990s. In the late 1990s the former oligarch and long-term prisoner Mikhail Khodorkovsky, whilst en route to becoming the richest man in the country, went a step further when he told the Canadian journalist Chrystia Freeland that “if a man is not an oligarch, something is not right with him.” His explanation was that as “everyone had the same starting conditions, everyone could have done it.”

The predominating social-Darwinist principle “survival of the fittest” was justified as the best remedy to cure the lack of a work ethic, the inertia and inefficiency of the ordinary Soviet person. This harsh capitalist treatment would make those Soviet people who were unfit for the new conditions perish, while the fittest (the more energetic, capable, and entrepreneurial) would survive and flourish. The remedy worked. The birth rate declined dramatically, and life expectancy plummeted. The death rate soared. Male life expectancy, which in the early 1960s was higher than in the United States, fell to nearly 57 years by the mid-1990s. It was, in the most basic physical terms, a time of the survival of the fittest. The winners shrugged their shoulders; after all they knew from Soviet propaganda that this was what capitalism was all about.

Putin’s conservatism and the rising influence of the Russian Orthodox Church in the new millennium have not significantly intensified biologically driven views, but neither have new ideas emerged questioning, for example, the “naturalness” of patriarchal gender characteristics or ethnic traits. The children of the first generation of rich have happily taken on their parents’ narratives, including the idea that supreme genes are running through their veins. Twenty-four-year-old Andrey was a great exception when telling me that he had a problem with having simply been born into wealth: “I don’t always feel comfortable. After all, I am using someone else’s money. From one perspective you can say that simply because I’m my father’s son I’ve got the right to go on some luxurious holiday. Yet I didn’t earn the money for it and actually I don’t deserve this money for any other reason than that I’m my father’s son… . It’s actually quite out of order.”

Hardly anybody else was as self-questioning as Andrey, but many adhere to the general idea that it is important to be hard working to be the deserving children of rich parents. Yulia understands this completely. For a woman who is still in her mid-twenties, her CV is impressive. She has carried out projects in many fields: tech, finance, the state sector, media, fashion, and the arts. A couple of days prior to our meeting she received a postgradu-ate diploma from an East Coast university. Now she was about to return to Moscow to join the management of a large state-aligned company.

Yulia’s father is a billionaire with excellent connec-tions to the Kremlin, which is very useful given his broad investment portfolio. Although her management posi-tion is a great leap forward for someone her age, Yulia wants to follow in her father’s footsteps and set up her own business. Her self-assessment is concerned with merit, experience, and vision, rather than privilege: “The spirit in my family, together with my personal views, has always driven me to do something by myself. This is important because the more responsibility you take on, the faster things develop. It’s important to leave your comfort zone and speed up your development.”

Yet thanks to her family, Yulia never had to work in finance or as an analyst or consultant, as many of her peers from university have done. She is glad to have avoided this as it would only have slowed her down unnecessarily. In general, Yulia has benefitted vastly from the social networks of her well- connected father. She is aware of this when reminiscing about how many interesting things she picked up when her parents had guests over for dinner. However, when it comes to her own career, those aspects disappear from her self-assess-ment, which is that she has achieved success because of her “inner” strength, her discipline, and her drive.

Learning To Fit into a Global Elite

As Max Weber wrote, if a fortune is not earned, it should at least be deserved—or rather: feel deserved. The confidence and large financial resources this first generation of inherited wealth enjoy provides them with a comfortable existence and the luxury of choice to pursue interesting and innovative projects. The inculcation of appropriate manners, a certain cultural understanding as well as some ambitions and perseverance in their professional careers might enable them to develop new prac-tices and narratives, which make them feel deserved and maybe even to be seen as deserving. Their international schooling is likely to ensure that they will not repeat Yekaterina and Gennady’s rather raw and cruel statements, but that they will be able to express and articulate privilege in such a way as to signal their underlying virtues and worthiness, even in an environment marked by extreme inequality.