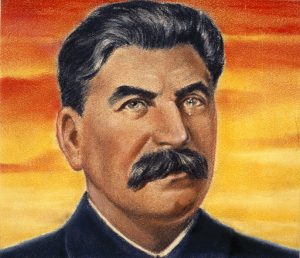 During my last trip to New York I was invited to attend the annual PR event of a chic Russian-owned Manhattan antiques shop. Everything was fancy; the location in one of the trendiest streets in Upper East Side that attracts a cosmopolitan jet-set crowd, the subtly tanned maître de, a young man with a gym-honed physique complemented by the most perfect manicure possible, and the champagne-sipping ladies elegantly balancing on pencil thin heels. I chatted with the wife of the new owner, a very pleasant thirty-something, who appears genuinely natural, despite being perfectly turned out, thanks to Botox, good dentistry and professional fashion styling.

Masha was born into an engineers’ family in Novosibirsk. Her family left for Spain in the early 1990s. After graduating from an international school, Masha did an economics degree at a UK business school. She worked for her father’s company for a few years before meeting Vadim, the son of a Forbes-listed oil and gas businessman. Vadim had some of his business in Latin America, so the young couple settled in New York City. He had a longstanding passion for antiques, and the year before he finally decided to realise his dream of owning a small antiques boutique. Masha was all up for it. She loves meeting new people, the quirky antique art dealers and the international ladies of fashion whom she primarily considers her husband’s clients, and also the people from the neighbourhood, some of them proper New Yorkers, who pop by every so often for a glass or two.

Masha and I got to talk about the Moscow metro; how it is superior to the New York subway, not least because of the resources which were put into it by some of the best engineers of the early 1930s; and how little surprising it is that this greatly helped boost Stalin’s popularity. Stalin was not only good though, Masha adds. I nod quickly, affirming to her that that was indeed very much the case. Then I learned I had not nodded to the same idea. Stalin did not go far enough, she says, with the kind of un-Russian, professional smile on her face, learned at her international school.

Yes, it was crucial to eliminate all those Trotskyists and Leninists who would have only sabotaged the Soviet Union’s leap into an industrialised future. Stalin had never been a Leninist, hence Lenin’s suspicion towards him shortly before his death in early 1924. Both Lenin and his wife, Nadezhda Krupskaya, became very wary of Stalin. Lenin had only endured young Stalin before the First World War for successfully staging bank robberies to fill up the party’s fighting fund. At the time Lenin’s party was working underground and any source of income was highly appreciated. So obviously Stalin had to settle his accounts with Lenin, his heritage and all his living memory.

Masha went on to explain why Stalin had to liquidate other revolutionaries and their sympathisers, for example the old Bolshevik Bukharin, a fellow traveller of Lenin. Bukharin had great charisma and was very popular, but he sided with the rich peasants. No industrialisation would have gone ahead with them clinging to their old ways of production; hence Stalin had to get rid of him. He also went on to liquidate the Red Army’s high command in 1937. Masha was now quite animated and in full flow. No matter how Bolshevik Marshall Tukhachevsky and the other senior commanders perceived themselves, they had a Tsarist mind-set. They would have become a massive problem, hindering more courageous military strategies during the Second World War.

If anything, Stalin was not tough enough. This is evident in the fact that there were still massively damaging saboteurs left, such as the Red Army general Vlasov who collaborated with the Nazis after his capture in 1942. At this point Masha’s husband waved his wife over to introduce her to a new customer who was interested in a fine pair of lacquered armchairs. The antique shop staff started collecting the empty Ruinart bottles and champagne glasses. The two pieces I liked most and would have loved to buy if I was rich, a 1940s cabinet for $35K and an art nouveau coffee table for $40K, had red stickers on them to indicate that they had been sold, and I left into the fresh air of a relatively clear New York September night.

As cosmopolitan and sophisticated as Masha is in most aspects of her lifestyle, her expensive European schooling and university education had failed to convert her to Western-type humanistic thoughts. Patriotic thinking, including seeing Stalin as the great moderniser and overseer of the Soviet Union’s rise to global superpower, was clearly more persuasive to her. As we saw in the case of Kremlin TV presenter Dmitry Kiselyov, even repressions in one’s own ancestry suffered during Stalin’s terror do not necessarily outweigh the deeply conservative views that began flourishing in the Putin era, supported by nostalgic feelings towards the Soviet period, primarily associated with solid traditional family values. Stalin is associated as much with the glory of the Soviet victory in the Second World War and with the country’s economic development as he is with atrocities and terror.

The tendency to hold such strong convictions arises within the context of clashing historical narratives. Western education, lifestyle and permanent residence do not necessarily have great influence on this view; on the contrary, they can rather cement it: the Western schooling Russians are presented with as gospel truth could not deviate more from what they have heard from relatives, seen on Russian television and read in Russian textbooks. In the Soviet Union, the only channels for alternative versions of history were close friends and family. Patriotism – and with it nostalgia for Russia’s lost status as a superpower – is such a strong component of national identity that Western takes on history are not perceived as pluralistic views, but as a sharp knife stabbed into Russia’s heart. Western textbook writers are partly to blame. It has happened to me, not just once, that when I asked a full lecture hall of history students in England who won the Second World War, the Soviet Union was conspicuous by its absence from their list of victorious countries. Those full of pride in their culture and history (to some extent almost every Russian), if not socialised into a belief in superiority, will necessarily defiantly reject an unsubtle Western understanding of their country and society.