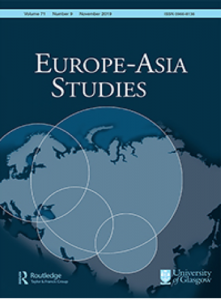 The book is a substantial contribution to a burgeoning academic field. The focus on such a riveting topic as the lives of nouveau-riche Russian elites almost guarantees the attention of a wider public to what was initially intended as research for a PhD (p. xi).

The author conducted 88 interviews and field observations of ‘entrepreneurs, their spouses, and their adult children from the top richest 0.1% of the Russian population’ (p. 14). She also acknowledges the role of a range of expert interviews with people who did not belong to this group but were closely involved in their personal lives and households, as subordinates of rich Russians (pp. 17–8). The material was mined in a standard way: through semi-structured interviews and participant observation. Normally, such studies are anonymised by default or, in some cases (for example, expert interviews), acknowledge all participants, their names and affiliations. Schimpfössl decided to disclose some names with permission of the interviewees while anonymising the others, even providing some fictitious details to avoid disclosure (p. 17). This unorthodox research decision in an ethnographic and sociological study establishes a new precedent in research practice.

The book is structured thematically, and interviews are used as raw data, allowing the author to return to the same interviews again where different practices and narratives are concerned (for example, the interview with Sedykh is used in Chapters 5 and 8). Schimpfössl quotes her interviewees extensively. This adds authenticity to the study and, at the same time, offers the material to secondary analysis by the reader. The decision to approach data thematically also helps to avoid publicising the named interviewees, instead switching attention to the central topic of the book, namely mechanisms of social reproduction and the validation of newly acquired capital in Russia’s changing socio-political environment.

The first part of the book (Chapters 1 and 2) provides the reader with some knowledge of the practices, narratives and stereotypes on which rich Russians reflect when they attempt to place themselves in their milieu and to define their social disposition ‘under the pressure to distinguish [themselves] from uncouth new upstarts’ (p. 51).

Chapter 3 traces the discourses that the interviewees construct in their quest for legitimacy and superiority. The author notes that although the new elites are involved in philanthropy and prepared to help the poor, this does not extend to acknowledging the issues of equality and social justice. In the artificial world of the nouveau riche, wealth justifies moral superiority but does not imply social responsibility, ‘not necessarily because everybody strongly believes in rich people’s natural right to privilege, but because they collectively lack alternative concepts and explanations’ (p. 89).

The second part of the book elaborates on the theme of distinction and the mechanics of reimagining family memories (Chapter 4), and how the interviewees reinterpret their place and role in society at large (Chapter 5). The author claims that rich Russians normalise their wealth and privileges by rebranding themselves as a new cultural elite. In the interviews they rhetorically justify their worthiness by avoiding issues of money-making whilst highlighting their high cultural upbringing. To support this claim, family histories are reviewed and censored once again, as a ‘traceable descent from the Soviet intelligentsia provides an ideal provenance and cultural legacy’ (p. 97).

Gender and generational aspects of social reproduction among the Russian wealthy (Chapters 6 and 7, respectively) make for a fascinating read and reveal the complexity of role dynamics within this still highly patriarchal elite. As the author summarises, ‘Business and politics in Russia remain a man’s world and a masculine world. Yet nothing beyond this simple statement is straightforward’ (p. 126).

Interviews addressing the ever-important dichotomy between Russian authenticity and Western influences are collected in Chapter 8. The author puts fragments from interviews in the context of recent Russian laws, official neo-patriotism policies, the rich Russians’ preference to live abroad and contemporary political tensions. Schimpfössl explores entrenched myths reproduced by Russian elites living in the UK, namely suspicions towards the West and claims of Russia’s uniqueness and superiority. The author argues that the idea of ‘a transnational, homeless elite is largely a myth’ (p. 157), and that ‘Londongrad’ inhabitants are strongly connected by their business links to Russia, and have to nurture their connections with the native country’s establishment to keep their business afloat.

This examination of how the Russian super-rich are reinventing themselves as a legitimate elite avoids political slogans and sociological clichés; instead, it clarifies how distinctions are imagined and how they develop into social divisions. The book contributes to studies of elites that go beyond the immediate regional context.